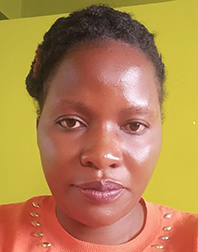 The Horn of Africa Drylands (HAD) remain vulnerable to climate variations which challenge the communities who live and depend on the climate for water and food production. A notable component of the DOWN2EARTH project is community research, engagement, and impact. DOWN2EARTH seeks to learn from, and co-develop research with, pastoralist, agro-pastoralist and agricultural communities in the HAD region.

ActionAid International is one of the 14 partner institutions involved in the implementation of DOWN2EARTH, leading on rural community engagement. A key field site for community engagement within Kenya in the initial stage of the project is Isiolo County, one of the Arid and Semi-Arid Lands (ASAL) counties in Kenya that has historically been impacted by climate change.

Rural community members have been involved in discussions via focus groups and as key informants (KIs). They were selected from across a number of stakeholder groups, such as local NGOs/INGO, community leaders, county government national government and the community itself across three wards. A key methodology used to engage community members was the use of ‘resource mapping the personal experience’. This is a process of visualizing key resources in their wards and explaining how they can be utilized. Strategic planning on the timeline of events was also used to focus on events that happened in the last 20 years. Recurring events over this timeframe included: drought, resource-based conflict, floods, livestock deaths, hunger, crop diseases and failures.

The targeted wards within Isiolo County were Burat, Kinna and Oldonyiro, and the predominant ethnic groups are Turkana, Samburu, Borana, Somali and Merus. The main source of livelihood is pastoralism and agro-pastoralism, although the communities are also adapting to poultry farming, small business and agro-ecology, which is focusing on drought resistant crops such as cow peas.

Throughout April and May of this year (2021), at least 48 community members were engaged in focused group discussions to gain an in-depth understanding of climate change issues, water scarcity and land issues in the county. These included community elders (chiefs), thedha, those who traditionally determine how pastures is shared among the community, and cushites, or pastoralists. Common denominators articulated in the three wards regarding climate were: irregularity in rainfall patterns in terms of magnitude and timing, drying up of rivers such as the Ewaso Ng’iro River and River Isiolo, floods, loss of grazing lands, a decrease in livestock keeping, crop disease and severe drought. The most extreme recent drought year was 2017, in which many pastoralists lost their herds of cows, goats, donkeys and camels. For example, one community member who had 600 animals in Kinna ward lost over 550 animals and currently has only 50 cows remaining.

These climatic factors led to a variety of consequences including inter-tribal conflict between communities over grazing lands, such as that in the Turkana between the Samburu and the Somali alongside the Borana. It also resulted in conflicts between pastoralists and farmers and pressures between humans and wildlife (especially with elephants). Other clear effects were the death of livestock and having to walk for long distances in search of water. For example, it was reported that a donkey would go for two days in search of water. A decrease in school attendance has also been seen, especially for girls, who support their mothers in domestic duties like fetching water.

The communities are adapting to these harsh conditions in a number of ways such as migration for pasture to neighboring communities, destocking of livestock, embracing alternative ways of livelihoods and dependency on interventions from the government and non-governmental organizations (NGOs).

The good news is that the Kenyan government has enacted policies, plans and strategies through its ministries, departments and authorities like the National Drought Management Authority and the National Environmental Management Authority. Kenya stands out as a leading country in national climate related policies, with such legislation as the Climate Change Act National Adaptations Plans (NAPs) and Land Policy. The contribution of government and NGOs is paramount in climate change interventions in the community. From our experience doing the initial work on DOWN2EARTH, there is still far more that needs to be done to address the effects and impacts of climate change. Important policies are yet be initiated locally. Whilst there is a Climate Change Act in the county, it is only theoretical and implementation is lagging. Both the government and NGOs/INGOs need to work together to ensure the counties have relevant policies and interventions that address the impact and effects of climate change in all sectors.

However, during calamities such as drought or floods in Isiolo county, government and non-governmental organizations have supported community members through cash transfers, the digging and rehabilitation of boreholes and supporting alternative sources of livelihoods such as the adoption of agro-ecology. They have also supported the formation of village savings groups such as Vilage Savings and Loans Associations (VSLAs); a microfinance model that is effective in helping even the poorest households to manage their money efficiently and stay out of debt. This savings group has helped women in places such as the Burat ward buy water tanks for water storage, support their children’s education and even improve their housing.

Various other interventions are also in place, such as destocking of livestock, promoting peacekeeping and climate communication. Currently, the main form of climate information dissemination is through local radio stations and the formation of school clubs. One example of this kind of club is the drought ambassadors clubs that use flags to communicate the different stages of droughts. Green means normal, yellow is alert and therefore there is a need to start planning early, orange is the alarm stage of drought and the red is emergency. The flags are placed in strategic places such as the market.

The Kenya Meteorological Department (KMD), through its climate monitors, disseminate information using local radio stations and holding public barazas. However, some locals indicated they do not fully rely on this method, due to the local inaccuracy of the information.

Communities in Isiolo County mostly depend on indigenous and traditional knowledge such as observing the stars and the moon, the movement of birds, the slaughtering of goats and reading the intestines to foresee drought or conflict, the song of a particular bird or a strong dusty wind, which for example, indicates the occurrence of drought. Community members show a clear preference for indigenous knowledge over scientific forecasting. There is a concern however, that there is a deterioration of this indigenous knowledge as it is not often passed down from generation to generation.

Challenges during the initial implementation and field work

Covid-19 has been responsible for a new normal pattern of working from home across the globe. In relation to the work of Action Aid on DOWN2EARTH, there have been unavoidable delays, especially on the convening of field work and conducting meetings with community government and NGOs/INGOs partners.

Whilst normally the ‘Project Inception Meeting’ with partners in Isiolo county would be held in person, it had to be done virtually under these circumstances and poor internet connectivity was a key challenge. Despite this, the meeting was a success, with positive engagement between the DOWN2EARTH field team and the local community representatives.

A further challenge has been access to often impassable roads in the project areas. The project is based in remote villages within Isiolo county, and our land cruiser got stuck due to punctures. This really delayed the meetings with the communities and it also posed a security challenge for us. We experienced additional challenges including flash floods intertribal conflicts, weather delays and postponements due to Ramadan.

Water scarcity, loss of grazing lands and conflict were the key concerns articulated by the community surveyed. One recommendation is to focus on preserving indigenous knowledge and merging it with modern forecasting technology in the drive towards new climate action plans, as well as supporting sustainable alternatives to livelihoods. A general recommendation is that local organizations get more support in formulating more policies into bills and eventually into laws on climate change issues. Collective implementation of interventions from the government, NGOs, the private sector and community will be of paramount importance.

De-colonising and gendering climate research in the DOWN2EARTH project? Our journey