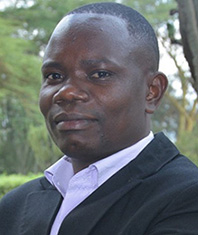 • A community stake holder-engagement workshop, DOWN2EARTH Stakeholder Engagement and Sensitization Workshop was held in Isiolo between 11-15th October aimed at developing a common roadmap of project implementations with local stakeholders and project national focal points as well sustainability plans for the project.

• There is good political will within County Government to ensure success in implementation of DOWN2EARTH project activities. This was reiterated by county executive officials who attended the meeting.

• There is need for ICPAC and other project coordinators to work with relevant stakeholders in ensuring an elaborate sustainability plan is in place. This was also highlighted by County Executive Committee (CEC) representative present.

• The DOWN2EARTH project needs to take advantage of established engagement platforms like County Steering groups at Ward and village levels to champion for community adaptation practices. This could mean participating in their periodical meetings.

• The project needs to create synergies with regard to data, tools and climate modelling with sister projects (e.g., DRIER, CONFER, CLimSA, RICAMMA and ACREI) to ensure collaborative implementations.

• The use of Indigenous Knowledge (IK) for forecasting is still common within the communities. The Project needs to explore ways of working together with traditional forecasters as a means to strengthen partnerships and to integrate scientific forecast with IK.

• There is need to strengthen the capacity of local partners in reporting climate change issues and adaptation. Capacity building of Local FM Radio stations and journalists was seen as a strategy.

• Good demonstration of community adaptation was noted within Burat ward. A group of over 90 women have resorted to agri-business since pastoralism is under threat of climate change impacts. This group known as Isiolo Voice of Women (IVW) discourages charcoal burning, and encourages youths and other young generation to be actively involved in poverty reduction. However, lack of water supply, storage tanks hinder their Agro-business activities.

• Community engagement should be fostered at all levels of the project development and implementations. Some aspects of community involvement may have not been conceived within the project but there is need to explore the avenues.

New paper and hydrological model led by Quichimbo at CU.