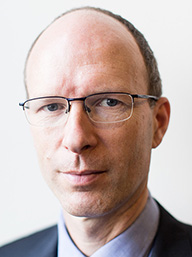 Jeroen Aerts completed his PhD research at the University of California, Santa Barbara (UCSB) in 2002. Since that time, he has been at the Institute of Environmental Studies (IVM) of the VU University Amsterdam. Jeroen has developed an internationally recognized Water and Climate risk research group, and he is head of the department ‘Water and Climate Risk’.

Jeroen Aerts has developed and applied a wide range of assessment and modelling methods to analyze water risk (flood/drought) and climate adaptation at scales from local to global. The methods include: hydrological modelling, insurance, catastrophe modelling, agent-based modelling, scenario analysis, adaptation pathways, and optimization. On the basis of scientific results in the area of climate and flood risk modelling, Jeroen was awarded by the prestigious ERC Advanced grant in 2020 and a NWO-VICI grant in 2014. Jeroen also won the best paper award of the Journal of Risk Analysis in 2012 and 2013. He also won the Lloyds science of Risk prize in 2014, for his paper on flood risk in New York City.

Jeroen’s research in Africa pertains to the Kitui region in Eastern Africa, where together with the University of Kitui and SASOL, he assessed the effectiveness of sand dams to reduce the impacts of droughts. Recently, his work has focused on the influence of human behaviour on water management and climate adaptation, and vice versa: how extremes in the hydrological system influence human behaviour. HIs international work also includes research with Munich RE, Red Cross and UNISDR. Jeroen was advisor to Mayor Bloomberg of New York City on flood risk resilience issues, before and in the aftermath of Hurricane Sandy. Finally, he has setup the MSc Hydrology educational programme at VU Amsterdam. In DOWN2EARTH, Jeroen will be involved in the co-development of an agent-based model to represent the emergent behaviors arising from complex interactions between climate, water, and society in HAD.